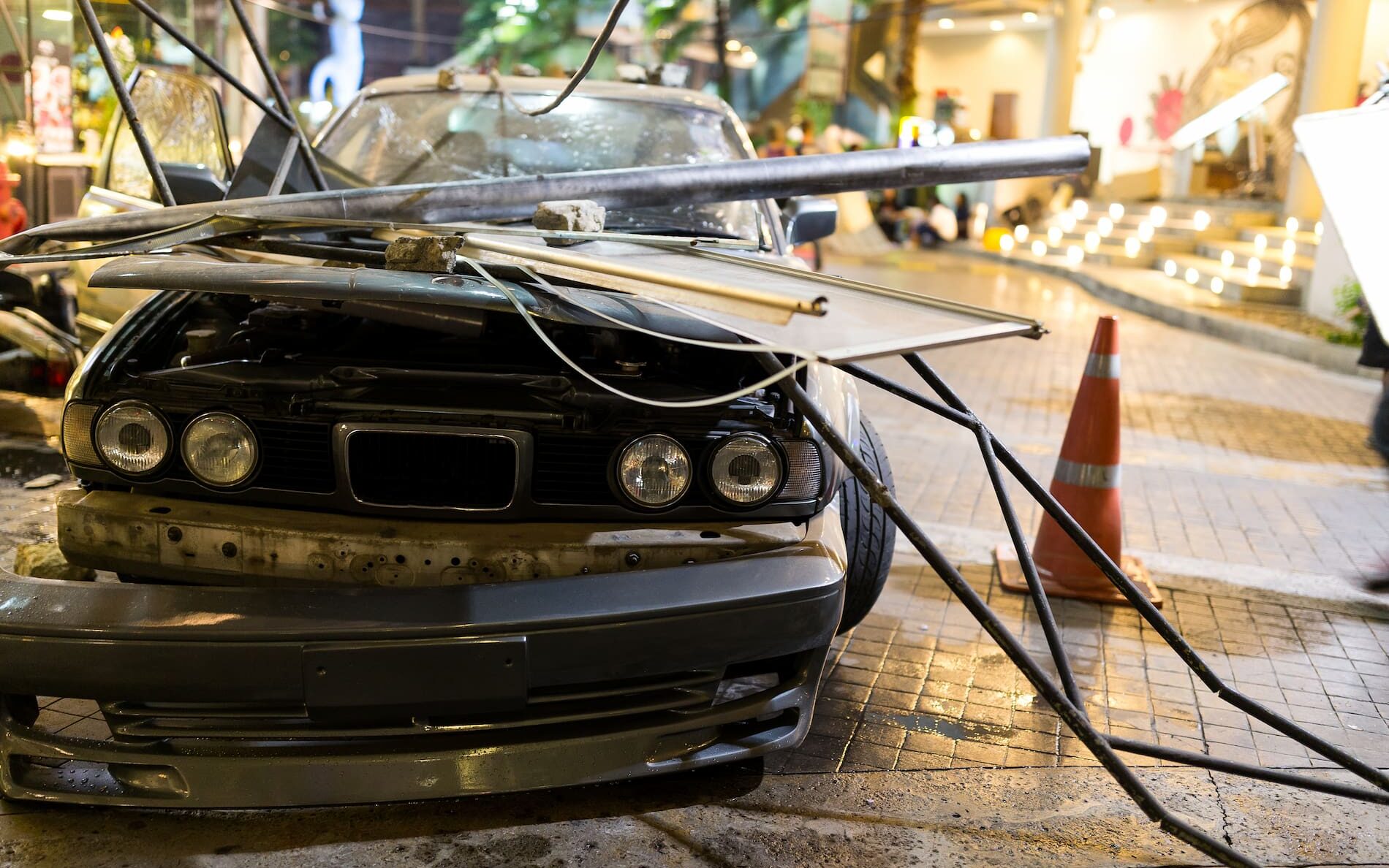 One of the most serious misdemeanors in Georgia is a DUI. The maximum punishment for a DUI is up to a year in jail, as well as community service, counseling, and the loss of your license. DUIs can also affect your job, insurance coverage, and your life in general. The Freedom Lawyers specialize in Atlanta DUI Defense. If you get charged with a DUI in Atlanta, contact The Freedom Lawyers. Our attorneys are former DUI prosecutors, so we are uniquely qualified to fight the State and win your Atlanta DUI case.

In Georgia, your license is automatically suspended if you are arrested for DUI. However, you are entitled to appeal that license suspension.

Without an immediate appeal, your license will be automatically suspended 45 days after your arrest. If you do file an appeal within 30 days of your arrest, you are entitled to a hearing to retain your license. It is pertinent to have an experienced DUI at this hearing to help fight the suspension or possibly negotiate on your behalf to keep your license.

There are many different possible outcomes at the hearing including dismissal of the license suspension or a mandatory year-long suspension of your driving privileges. During the hearing, like in a trial, your lawyer will be able to cross-examine the arresting officer. Most often, this happens before the police review any videotapes or evidence. If your lawyer is successful during the license suspension hearing, it creates a record of the case that we can use to win the DUI case.

The license suspension hearing and the DUI criminal case are two separate processes. By appealing your license, you create a new process with court dates through the DDS which usualy occure at the Office of State Administrative hearings in downtown Atlanta. The DUI criminal case, however, is filed in the county in which the arrest occurred. The worst outcome for your license hearing is losing your license. The worst outcome for your DUI case is the potential of jail time, probation, and a DUI conviction on your record.

In Atlanta, Georgia, a person is DUI when they drive or are in actual physical control of any moving vehicle while under the influence of:

If the police request, and you consent to a blood or a breath test, and the results come back at an alcohol concentration is 0.08 grams or above, that is a DUI Per Se. This can be conducted by blood or breath test. It must be conducted within three hours of being suspected of driving intoxicated.

Also, every time you get a DUI the punishment gets much worse. The punishment for DUI is written into the law itself.

For a first conviction the person is guilty of a misdemeanor. If it’s the first within 10 years measured from the date of the previous arrest for which convictions were obtained, punishment is:

If you give a blood, breath, or unrine test as part of a DUI, and the test results come back at 0.08 grams or higher, that is a DUI. A judge will instruct the Jury that they can find you guilty based on the blood alcohol concentration alone. However, even if there is a blood or breath test, and experienced Atlanta DUI attorney can argue to get the blood ruled out of the case. If any of the below occurs, your case can be thrown out and dismissed.

Having an experienced DUI attorney when facing a DUI charge in Atlanta can greatly improve the chances of winning your case. Because our attorneys are former Georgia DUI prosecutors, we know the state’s plan for your case. We know what they will do to try to convict you of a DUI. The Freedom Lawyers are the best attorneys to handle your Atlanta DUI case. Call us today to maintain your freedom!

You have a right to refuse any field sobriety testing or breath or blood testing the Officer asks you to complete. The State cannot use your refusal to submit to testing as evidence that your are guilty at trial. By refusing the State’s Field Sobriety and Breath or Blood Testing, it reduces the state’s evidence and increases the likelihood that they won’t have enough to prove a DUI case against you.

When the officer doesn’t have a blood or breath test as part of evidence of their investigation, you can still be charged with a DUI less safe. If they can prove that you were a less safe driver because of the influence of drugs and/or alcohol, that is a DUI less safe charge. Officer’s follow a three-step process during a DUI investigation. Those steps include:

Having an equipment/lighting violation or committing a traffic offense is enough for an officer to stop you in Atlanta, Georgia for DUI. Once pulled over, they can ask you for your license and registration. This is to prove you aren’t a danger and don’t have any outstanding warrants. To avoid getting pulled over, it’s best to have headlights and taillights working and on when necessary as well as having up to date tags. By reducing these distractions and by limiting the reasons an officer can pull you over will also cut down on the possibility of getting a DUI.

The Officer asks questions to try to get as much information and evidence as possible to use against you. Further, the Field Sobriety evaluations are designed to get you on video stumbling or not following directions. By declining questions and tests, the state will have minimal evidence against you.

Any tests that are administered will be recorded. When the test is refused, the only evidence is the answers you provide. If an officer does not follow their training, we can build a case against the officer to where the jury no longer has faith the officer acted in good faith. The more the officer is distrusted, the higher the chances are we will win your case.

There are three field sobriety evaluations that are certified through the National Highway Traffic Safety Administration for use in Georgia. Each has multiple specific steps that the officers are trained to complete. Should an officer not comply with these steps, it hurts the credibility of their entire investigation.

The first approved test that officers use is the Horizontal Gaze Nystagmus aka The HGN eye test. The officer has the potential offender focus on typically a pen light and asks them to follow it with their eyes only. They are hoping to put your eyes under stress.

The eye muscles that control your eyes relax when you are under the influence of alcohol. The HGN tests how much alcohol is in the system by watching if the eyes jerk or vibrate involuntarily. The more alcohol in someone’s system, the more their eyes move uncontrollably.

This is a scientific test with over 10 steps. It must be done exactly right. Having a lawyer who understands the HGN test and can point out mistakes is invaluable. It can mean the difference between the HGN test being used as evidence against you versus it being thrown out. Often that will decide whether you are convicted or not guilty.

Walk and Turn and One Leg Stand

The other tests are the Walk and Turn or Walk the Line test, and the One Leg Stand. These are considered divided attention and dexterity tests. However, these are not as scientific as the HGN test as it depends on the person’s ability to balance. Another segment of the test is to determine if the suspected person can follow complex directions. Oftentimes, the officer does not give correct or complete directions which has a negative impact on their credibility.

The Freedom Lawyers are experienced Atlanta DUI attorneys that prosecutor DUI’s in Atlanta, Georgia prior to becoming defense lawyers. We are well versed and have experience when it comes to these tests. We know how to use it against the officers and the State. When mistakes are made by the State, we win. Hire The Freedom Lawyers today.

You have certain rights when you are charged with a DUI. You have a right to:

If an officer requests to see your license, you cannot refuse. You also must get out of the car if requested. However, you have a right to exert and communicate your rights above. The more you do, the more there may be an opportunity for a mistake to be made by the officer. These mistakes can help to get a not guilty verdict. The Freedom Lawyers are experts in fighting cases like these. We help you understand your rights and we fight to win for you.

Atlanta DUI with a CDL License

If you have a commercial license, DUI charges are different. Those with a CDL license cannot have a BAC above 0.04 grams – half the legal limit of those with regular licenses. Drivers who are over 0.04 face the same penalties, including being convicted of DUI Less Safe or DUI Per Se. You can also lose your CDL license permanently. Because these consequences are great, it’s imperative to have a qualified DUI attorney. The Freedom Lawyers fight for your freedom.

Even if you are under the age of 21 and have a BAC over 0.02 grams you still have rights. Those who are arrested for DUI under the age of 21 are ineligible for a limited driver’s permit and can face a full year of license suspension. Those restrictions could last until you turn 21. Having an attorney who knows how to fight cases like these can make all the difference.

If you have a child in the car and are charged with a DUI, a separate and additional offense of child endangerment is added. It is separate and can not be combined or merged. A person who is caught under the influence with a child can face a punishment of:

A DUI conviction can have serious life-changing consequences. It’s important to have a lawyer on your side that is experienced in these cases as well as the investigative techniques the officers use to prove their case. At The Freedom Lawyers, our attorneys are former Georgia DUI prosecutors. Additionally, we go to annual training to get updates so we are knowledgeable about any and all procedures the officers are trained to follow.

Whether you are in Atlanta, another Georgia city, or anywhere in the country, DUI testing is standardized. The officers are trained in the exact same way to perform the test and have to pass special training to be qualified to administer the test. Any deviation or mistake has an impact on the accuracy of a DUI test. We use the manual from the National Highway Traffic Safety Administration to highlight these errors. Our knowledge helps us win your case. Contact The Freedom Lawyers for a free evaluation of your DUI case.